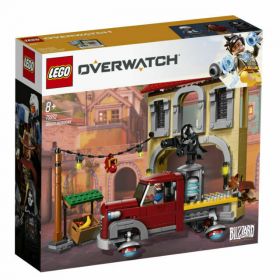 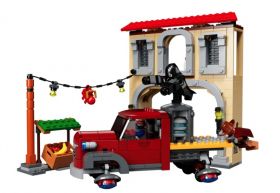 Now your favorite Overwatch® fan can build an iconic Dorado building and payload truck with LEGO® Overwatch 75972 Dorado Showdown! Based on the internationally acclaimed team-based action game, this Overwatch building set features an instantly recognizable building from the popular Dorado map and 3 characters, Soldier: 76, Reaper and McCree. With Overwatch weapons, Dorado building, and a payload truck like in the game, fans of Overwatch will want to build and display it for their friends to see, while youngsters will like playing with the vehicle and mini market building from the game.

Why not have the Dorado Showdown and add it to your collection today?

Fast postage. Packaged perfectly. Excellent service. Very happy with purchase. Will definatly use your online store again. Much appreciated.
Charmaine
Thank you for the support and giving me the chance to give my Son a leg up in the world of robotics and most importantly, his education. You'll be seeing us again. Thank you again.
A Caulfield
view all
We Deliver via