in Australia
100% Australian Owned and Operated
Lego Group’s
Independent Retailer 2016
100% PCI
Secure Website
AU$5.95
Flat Rate Shipping
COVID 2019
We are currently experiencing some delays due to COVID19 processes in place around the country, so we expect longer internal processing time and longer Australia Post In-transit Times than standard delivery times. In some cases around Australia, up to 1 week delay.
EXPRESS POST orders can also be affected by the delay and are not next day delivery to Metro areas.
Thank you for your patience. Stay safe.
Home/LEGO® Products/Scooby Doo/75904 LEGO® Scooby Doo Mystery Mansion
1 of 1 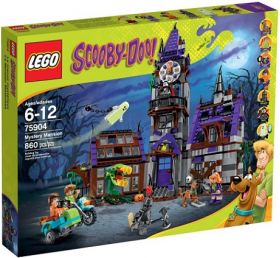 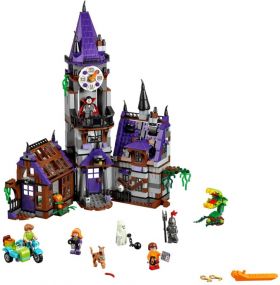 Dare to enter the Mystery Mansion and find the treasure before midnight!

Speed to the Mystery Mansion on the motorbike with Shaggy and Velma to help Daphne and Scooby-Doo find the stolen treasure! Creep quietly into the spooky building and watch out for the Ghost and Black Knight lurking in the corridors. Evade the man-eating plant in the conservatory and dodge the morning star pendulum trap. Quickly make a giant hamburger in the kitchen then look for clues. Locate the secret compartment containing the golden key, then open the safe containing the stolen gold bars. But hurry—you must find the hidden loot before the clock strikes midnight and the Vampire emerges from behind the spinning wall!Includes 6 minifigures with assorted weapon and accessory elements: Shaggy, Velma, Daphne, Vampire/Bob Oakley, Ghost/Bluestone the Great, Black Knight/Mr. Wickles, plus Scooby-Doo (standing version).

So why not buy the Mystery Mansion set today ?