in Australia
100% Australian Owned and Operated
Lego Group’s
Independent Retailer 2016
100% PCI
Secure Website
AU$5.95
Flat Rate Shipping
COVID 2019
We are currently experiencing some delays due to COVID19 processes in place around the country, so we expect longer internal processing time and longer Australia Post In-transit Times than standard delivery times. In some cases around Australia, up to 1 week delay.
EXPRESS POST orders can also be affected by the delay and are not next day delivery to Metro areas.
Thank you for your patience. Stay safe.
Home/New Arrival/70835 LEGO® THE LEGO® MOVIE 2™ Rex's Rexplorer!
342 of 527 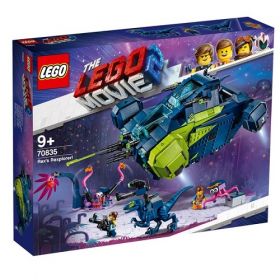 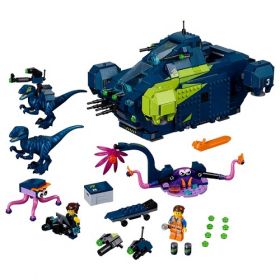 Team up with Rex, Emmet and the raptors against the Plantimals with THE LEGO® MOVIE 2™ 70835 Rex’s Rexplorer space toy set! The Rexplorer features 2 opening cockpits, spring-loaded and stud shooters, rotating engines, an opening rear compartment for interior play, and a removable speeder. This popular and fun spaceship toy also includes 2 minifigures, 2 THE LEGO MOVIE 2 raptor figures with a brick-built mountable stud shooter and raptor skateboard, plus 2 brick-built Plantimals (including one with a trap function).

So why not buy the Rex's Rexplorer! set today?

I placed an order with Patty on the 11th of June and I had it the very next day ( I live in regional NSW ). Patty’s customer service 110%. I highly recommend his small business if you’re looking for LEGO.
Kirsty
Super fast, and easy delivery! The website is easy and great to use. And my inquiry was answered so very quickly! I will be shopping again soon!
Pip
view all