in Australia
100% Australian Owned and Operated
Lego Group’s
Independent Retailer 2016
100% PCI
Secure Website
AU$5.95
Flat Rate Shipping
COVID 2019 SYDNEY LOCKDOWN
Due to the Sydney lockdown, we are suspending our pickup service from the Silverwater warehouse until the restrictions lift. Currently, this date is AUGUST 28, 2021.
Online orders will continue to be processed as normal.
Thank you for your patience. Stay safe.
Home/New Arrival/71756 LEGO® NINJAGO Hydro Bounty
505 of 672 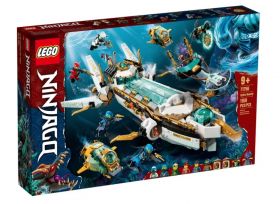 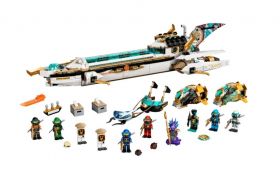 Kids can enjoy all-action battles at the bottom of the sea with this brilliantly detailed LEGO® NINJAGO® Hydro Bounty (71756) playset. The underwater vehicle comes with 10 minifigures and is crammed with cool features – 2 spring-loaded shooters, an opening cockpit, folding wings, a detachable mech and 2 mini submarines, all to fuel the imaginations of young ninja fans!

Imaginative and fun-filled building sets for kids
NINJAGO toys transport kids to a world of immersive fantasy action. Young builders can enjoy assembling these unique toys before diving into awesome adventures with their ninja heroes as they battle a cast of their enemies while playing with an amazing collection of jets, dragons and mechs.

So why not buy the Hydro Bounty set today ?

super fast and ordered arrived in perfect condition.
Matt Bachle
Just wanted to say thanks for some excellent service, ordered over the weekend was delivered on Tuesday easy to deal with have recommended to all my friends!
Hannah
view all