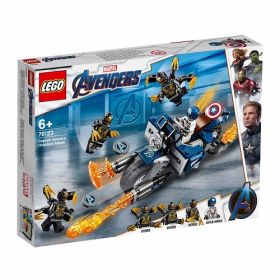 So why not buy the Captain America: Outriders Attack set today?

Rapid order processing, immediate dispatch, and very fast delivery. I couldn't have asked for better service.
MalcolmG
Ordered 4 Star Wars models to build for grandsons birthday/Christmas. Have never bought from Just Bricks before. I will be buying all my lego from here from now on. Great range, quick delivery. Very impressed. Thanks Ali
Ali Smith
view all